Yesterday Facebook released their earnings and surpassed Wall Street expectations, nearly tripling profit on a 72% increase in revenue in its first quarter. Revenue hit $2.5 billion, up from $1.46 billion in the same period last year. The Facebook ad platform has made some big improvements in the past year. However, Facebook is still missing some big opportunities by not having the following solutions for their ad platform. Here are three ideas they should implement to improve their system.

Facebook ads will often not display for segments under 5,000 individuals. This is a huge mistake as it removes the long tail opportunities from Facebook advertisers. This long tail of advertisements has been known as a huge revenue segment for Google keyword searches. If I am selling a new book on the “Brazilian Treehopper” and there are only 250 people that like this subject on Facebook, I would be willing to pay a higher premium as those are exactly the customers I would need to reach.

Facebook gives advertisers the ability to target on key demographics and person interests, but has yet to introduce keywords. This misses a huge opportunity within conversations. Some might view this a bit creepy as Facebook is then interrupting conversations whereas the Google keyword system is based around actual needs and searches. However, I think this type of ad could actually prove helpful. My best example for this is “quickbooks training”.  A while ago, I was working on setting up Quickbooks and was extremely frustrated. I shot out a quick post about how I hate quickbooks and 20 minutes later, I had a private message from an individual that offered quickbooks training and said he could help me out. I was amazed and asked him how he found me. Turns out, Facebook used to offer a free keyword search tool and allow anyone to view the last 20 posts from all users on Facebook. They have since removed this feature, but I was amazed at how quickly my problem was solved through Facebook. Leveraging this same focus with their ad system could open new streams of revenue.

The big advantage Facebook has over other digital platforms is the amount of data they have on individuals. However, one area their ad system is still missing is the ability to add negative segments to its campaigns. For example, if I worked at Coke, I might want to target individuals that have liked the Pepsi fan page, but I would also want to exclude individuals that currently work for Pepsi or might live near their corporate headquarters. As an advertiser, this type of advanced segmentation would be extremely valuable and also only increase the Facebook bottom line.

I’m going to add a little bonus suggestion as this drives me crazy. I have no idea why the Facebook ad team left this out but when monitoring and tracking campaigns, Facebook leaves out the totals for the numbers (clicks, impressions, cost, etc). This means when running several campaigns, you can see the totals for each of the individual campaigns, but not for all of them combined. So if you’re trying to find out how much spent yesterday on all your ads, you’ll need to export the data, then work in excel to total the fields. Bottom line: Facebook add totals to the pages. 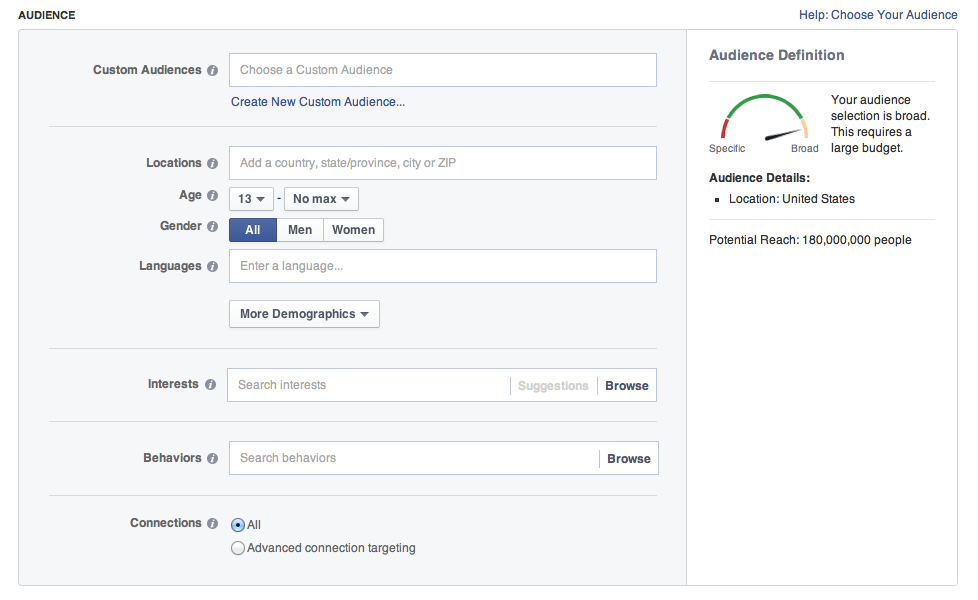 12 months ago the Facebook advertising platform was horrible… well… actually more like a joke. In comparison with platforms like Adwords, it lacked common features like conversion tracking and remarketing pixels. I had almost given up hope on Facebook… until they won me back.

Over the past few months, the Facebook Advertising team has slowly implemented the foundational changes needed for a powerhouse advertising system. Its the first time in almost 10 years that I’ve seen anything that comes remotely close to Adwords, in fact, in some instances, I think Facebook now has the advantage over Google.

I’ve always been aware of click fraud with Facebook or Adwords, but I’ve never been able to explain in a simple manner until I watched this video. Click fraud is basically the process of individuals and/or automated programs that attempt to generate money by clicking on your ads.

In the attached video, Veritasium provides a clear example complete with data about how the Facebook ad system allows this, and in some instances actually promotes this happening. The video also goes in specific details about how the issue of fake “likes” has grown into a major problem and why Facebook can’t necessarily stop it.

The video follows an example of a fan page for “Virtual Cat” that paid to increase their likes, only to find out that most of those likes were from oversea countries or from accounts that appeared to be fake.

While the attached video mostly focuses on Facebook, I see this same type of occurrence often happening with Google ads. The bottom line, click fraud is a known evil and while the major companies are fighting to reduce this when possible, there is actually little you can do on your end to prevent it. My advice, know it exists and watch out for it, but understand that it will probably never be completely solved.